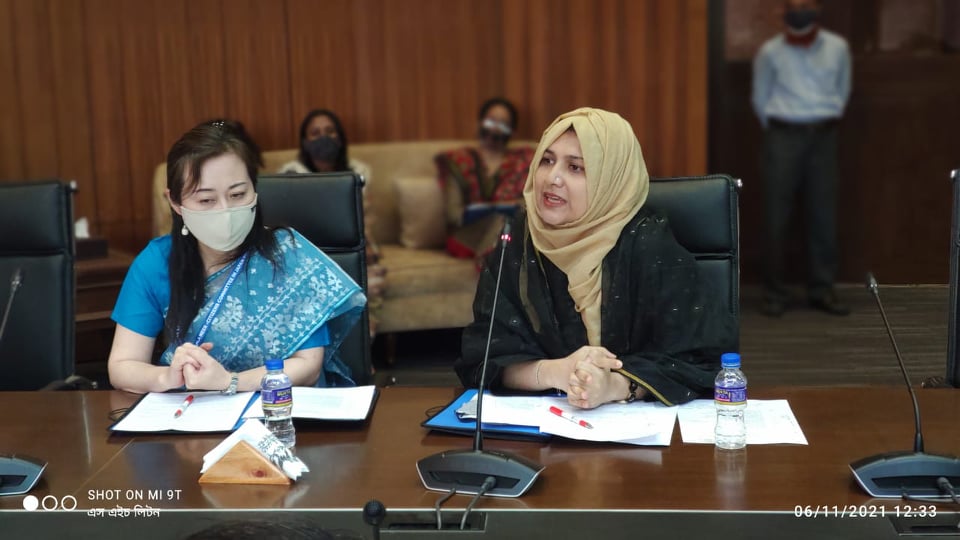 On 06 November 2021, a discussion meeting was held at the Parliament members Club to discuss the rights of the child domestic workers. The program was a joint initiative of Bangladesh Shishu Adhikar Forum, Educo Bangladesh and Shapla Neer.

A draft Domestic workers Protection and Welfare law was presented on behalf of the organizations. The Chairman of the Parliamentary CAUCUS on Child Rights was the chief guest while 5 parliament members, Country Director of Shapla Neer and Farzana Khan – director of Programs of Educo Bangladesh were present as guest of honors in the program. The law was drafted based on the domestic workers protection and welfare policy 2015. The Chief guest in his speech told that it’s a good initiative and just a start to do something better for the child domestic workers. He requested the participants to provide critical feedback on the draft law as it is an important law for the nation. He further added that the CAUCUS will help this joint efforts by the 3 organizations for submitting to the Parliamentary Committee for law and Justice for review and their feedback.