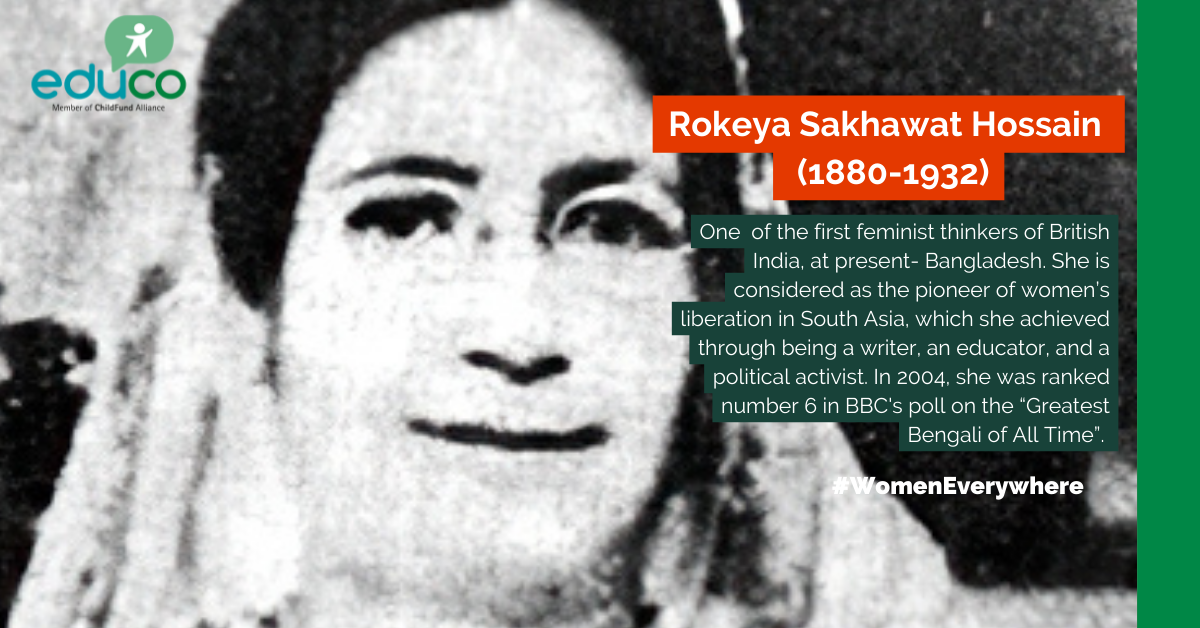 Educo Bangladesh marked International Women’s Day, on Tuesday – 08 March 2022, and called for the importance of education for girls and adolescents as a tool to end gender inequalities. “In certain contexts, the opportunity for girls to study, to be trained and to have the tools to make their own decisions is almost a utopia. At Educo we are faced with realities such as child marriage, child labour and trafficking, and the main victims are girls and adolescents. These violent situations, which have got worse with the onset of COVID-19, undermine their rights, including their right to education. Ensuring that they can study and that the communities they live in support them is basic for eradicating a reality that girls in the countries we develop our projects in are faced with on a daily basis”, explains Abdul Hamid, Educo Bangladesh’s Country Director.

The NGO is carrying out projects to defend the rights of women, girls and adolescents in the 14 countries it operates in. For example, in Mali, it supports girls who work as domestic employees all day long for a meagre wage, so that they can be trained and find better employment. In an emergency situation like the one in Afghanistan, Educo supports widows who are heads of households and who have to support their children in a country where women’s rights are limited. It is also present, as well as many other projects, in countries such as El Salvador and Bolivia, tackling the sexual violence suffered by girls and adolescents, and in India, where it is working to put an end to child marriage. In Bangladesh, it forms Adolescents and Youth Clubs where young girls and boys strive to promote positive masculinity, end child marriage, and gender-based violence, with the goal of creating a world that is gender equal.

In order to defend the role of women, 8 March Educo has launched the action “Don’t let anyone tell you how far you can go”. It is an invitation to make women who have played an important role in history, but who are little known, visible on social media. It proposes uploading photographs of these women with the hashtag #WomenEverywhere. “We want to raise awareness about the low visibility that women have in all areas, but especially in the education system in many countries, where boys and girls grow up without knowing about women who have made very important contributions to society. Girls need to see examples of women scientists, mathematicians, engineers, or sportswomen and what they have achieved. They must have role models they can look up to. Something as obvious as women having the same rights as men and being able to achieve the same goals is not always the case, as we see in our projects in the field”, says Abdul Hamid, Country Director, Educo Bangladesh. “If women are underrepresented in schoolbooks and materials, how can girls dream of being a role model? It is key for girls to see themselves reflected in them from a young age”.