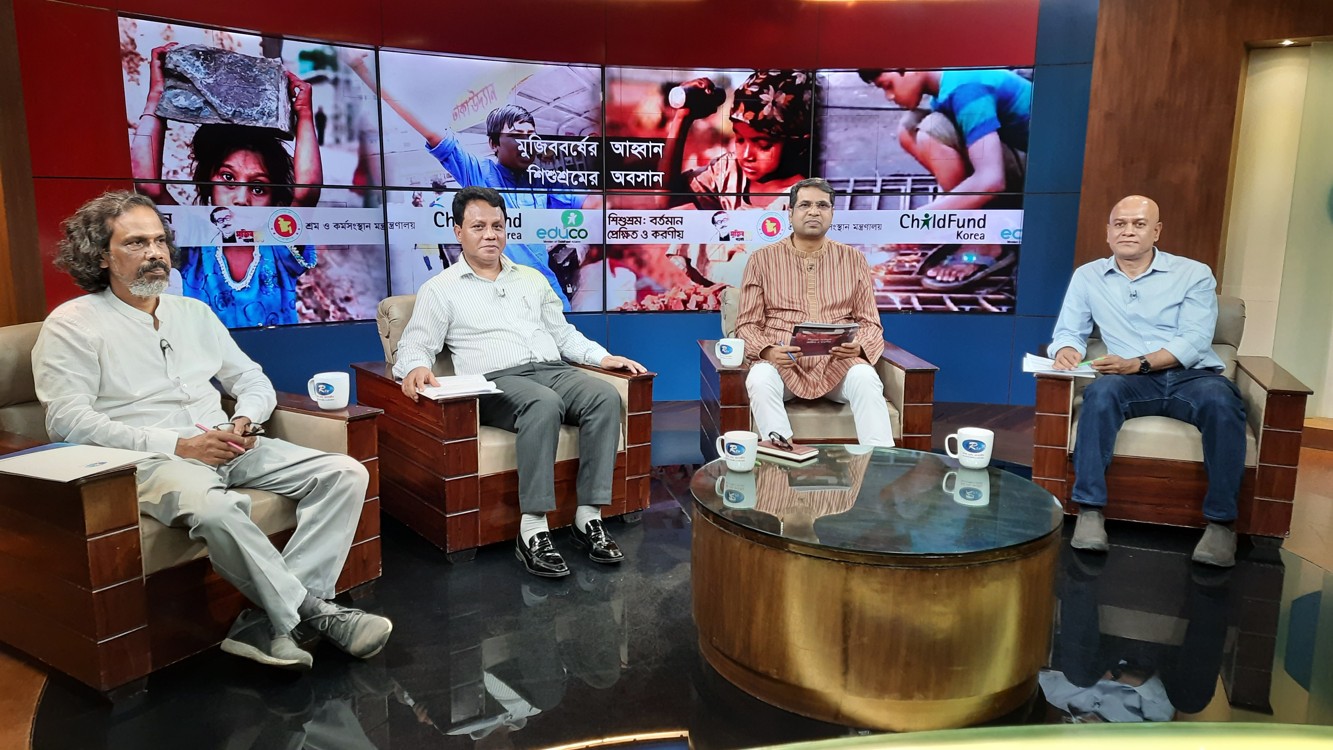 With the country theme “Mujib borsher Ahban, Shishu Sromer Oboshan” Educo has organized series of programs along with the government (Ministry of Labour and Employment), ILO, UNICEF, MJF, BSAF, Save the Children as well as separately.

In collaboration with the Ministry of Labour and Employment (MoLE), Educo has organized a TV talk show to mark the day and to share the initiatives of Educo’s ODHIKAR project. The talk show was telecasted in a private television channel Rtv on 12 June. Honourable state ministry of the Ministry of Primary and Mass Education, Secretary of Ministry of Labour and Employment, Country Director of Educo Bangladesh and a prominent Child Labour Specialist of Bangladesh participated in the talk show as discussants. Two children from Educo’s ODHIKAR project expressed their life and sufferings due to pandemic and lockdown.

A documentary on the life story of some child labour, government initiatives, current situation of child labour and opinion from government and experts has been described in the documentary that was telecasted in Rtv channel on 12 June. 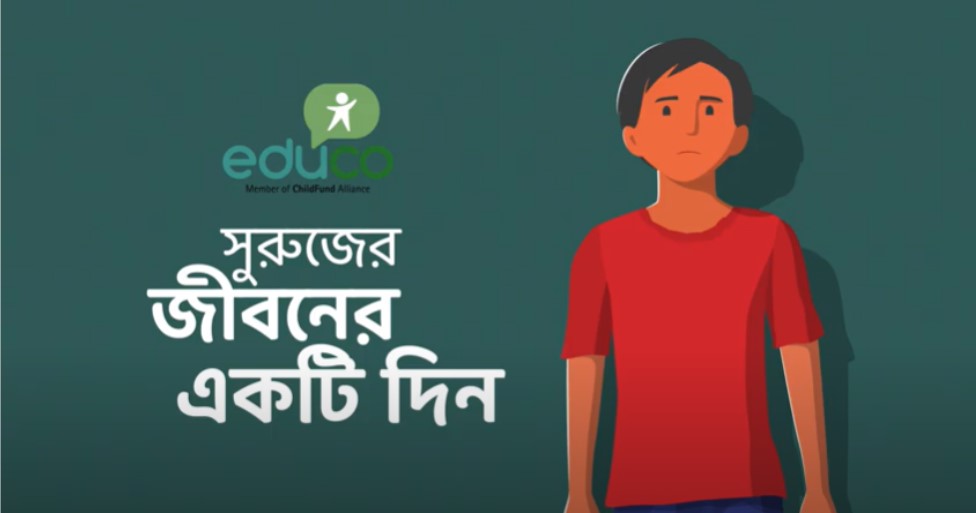 An animation video, child labour case stories and drama serial have been produced and shared in Educo’s social media to sensitize and aware community people against child labour.

To mark the day, Educo Bangladesh has sent a press statement highlighting the position of Educo towards eliminating child labour. A good number of print and electronic media published Educo’s statement and position. 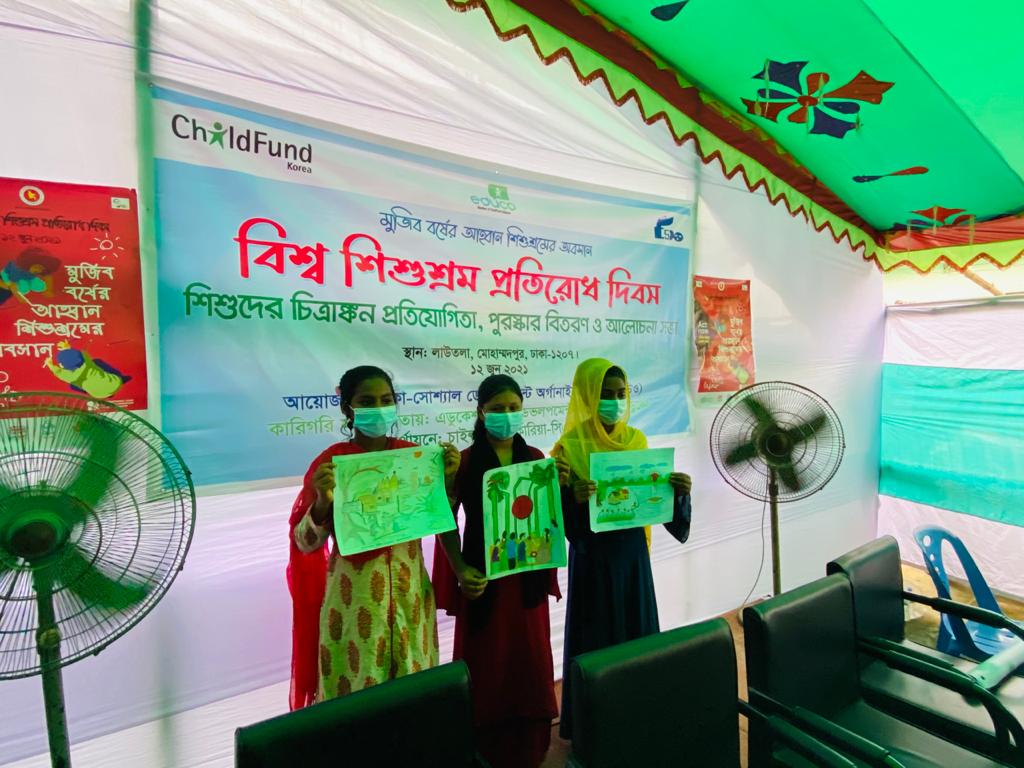 Jointly with previously mentioned organizations and GoB, Educo has published and disseminated 20,000 posters on the Bangla theme of “Mujib borsher Ahban, Shishu Sromer Oboshan”, along with publishing a newspaper supplementary 11 national newspapers to mark the day. Educo also marked the day through colourful decoration with roll banner, X banner and roll stand has been installed and displayed at the Secretariat, MOLE, DoL and DIFE.

Relevant links are mentioned below: