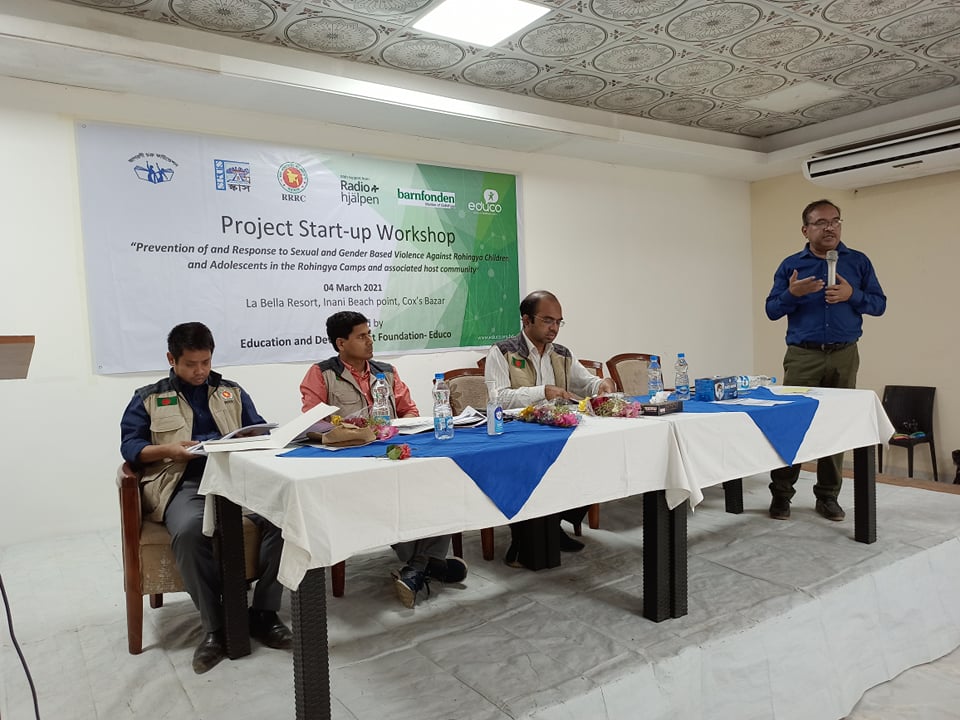 Educo Bangladesh launched a project titled ‘Prevention of and Response to Sexual and Gender Based Violence against Rohingya Refugee Children and Adolescents’. The project startup workshop was held on 04 March 2021 at La Bella Resort in Inani, Cox’s Bazar.

Goal of the project is to contribute to achieve gender equality and create an environment that prevents, responds to, and protects children and adolescents from various child protection, gender-based violence and sexual violence while empowering communities, adolescents and children.

Funded by Barnfonden, the 2-year project (January 2021-December 2022) will jointly be implemented by Educo Bangladesh lead consortium with JCF and SKUS, in 3 Rohingya camps (8E, 17 and 17).