Opinion: Now is the time to fight, to live, to inspire

Opinion: Now is the time to fight, to live, to inspire 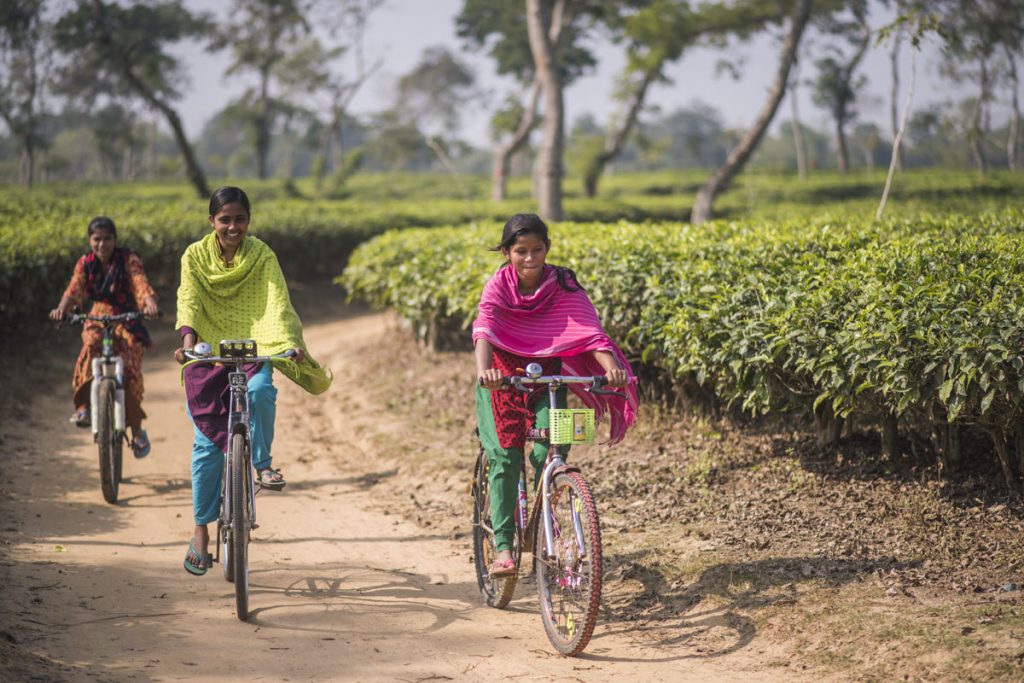 Let’s start by stating the obvious. It’s a gospel truth, that women, despite representing half of the global population, continue to be behind men in the enjoyment of rights. I know it, you know it, the people in charge know it, and laws are even passed to try and reverse this endemic situation, but today inequality between men and women is an entrenched reality.

It is true that in general terms, the situation for women has improved over the last century and a half. Bit by bit, and slower than we would have liked, undeniable progress has been made in rights, both in their recognition and their fulfilment. However, discrimination against women continues to be present to a greater or lesser extent in all societies.

Bangladesh has made satisfactory progress in ensuring education enrolment for women according to different national and global indicators. Yet according to the UNFPA State of World Population 2019 report, the country still has the highest rate of child marriage among girls in South Asia at 59 percent, which often forces girls to quit education very early in their lives. Such predicaments also reflect on the school dropout rate. Based on Bangladesh Bureau of Educational Information and Statistics data of 2017, the secondary school dropout rate for girls stood at a high 38.44 percent.

From a global perspective, for every 100 young men who live in extreme poverty, there are 122 women. Two in every three illiterate people are women. More than 70% of trafficking victims are women and girls. These are just few data which shows how serious the problem is. A problem which starts as soon as a girl is born, because being born a girl means that your prospects for the future are going to be worse than those of your brothers, cousins or male friends.

We know that girls and women start off with a clear disadvantage compared to men. We also know that this situation can change. And at Educo we work to make a change through education. Because education is the key to reversing these inequalities. When a girl goes to school, she is much less likely to become one of the 650 million women, girls and adolescents forced to get married before they are 18. She is also less likely to get pregnant and die from the complications during pregnancy or birth that affect 70,000 girls aged between 15 and 19 years old every year. And she will not become one of the 102 million girls who cannot access an education.

Unfortunately, it is not always easy to convince the people around you that going to school and learning is something which can be crucial for a better future. Sometimes, being a girl means you can only be at home doing domestic chores, that your aspirations in life are limited to being a mother and a wife, and seeing your brothers’ education prioritised over yours. But sometimes there are also women and girls who inspire and support others to keep fighting for their dreams. This is the case for Parveen’s mother. She didn’t want her daughter to suffer like her, and this is why despite being deserted by her husband and struck by poverty, she kept fighting for her daughter’s education. Even though she died from cancer two years ago, her daughter Parveen carries her spirit with her. Or Dairin’s grandmother in Guatemala. She doesn’t know how to read or write, which has limited her opportunities in life. She wants her granddaughter to be able to decide about her future with much more freedom than she had. Or Neimatou’s mother, in Burkina Faso, who gives her all the school supplies she needs so that she can keep studying. Without realising it, these girls have learnt the meaning of sorority. Feminine solidarity. The support that is so necessary for having the same rights as men and ensuring they are always fulfilled, like the right to an equitable and quality education.

Parveen, Dairin and Neimatou, and so many other girls who, despite the difficulties they face, keep studying, are an example for all of us. They represent the present, in a world in which discrimination against girls just for being girls is a reality. But they also represent hope for a future in which men and women are more equal. Because as Ingrid from Nicaragua says, “now is the time to fight, to live, to show the world that we women are the inspiration for other women”.

About the Author:
Abdul Hamid is the Country Director of Educo Bangladesh. At present, Educo Bangladesh runs programs for children in 14 sub-districts across 5 districts of Dhaka, Sylhet and Mymensing divisions.