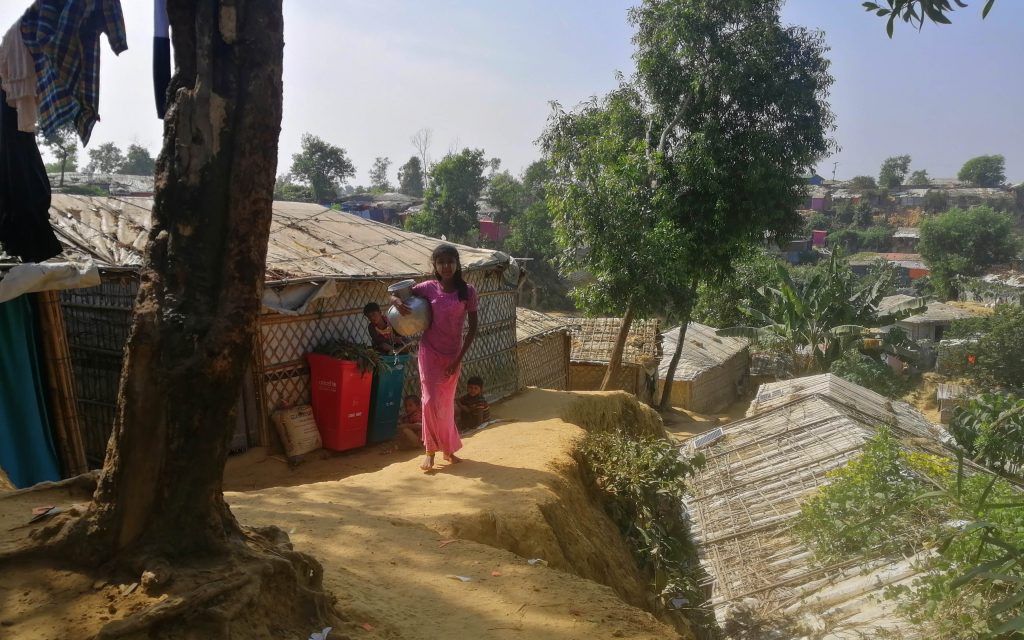 Today, January 24, 2020 is being celebrated as the International Day of Education around the world. The theme of this year is “Learning for people, planet, prosperity and peace”. The theme albeit rhetoric can also sound farcical to some millions of children who are forced to abandon their studies due to violence.

“Although it is difficult to obtain exact data due to the context in which these violent situations take place, we know that it is a reality which affects thousands of children. They are exposed to a number of types of violence, with a variety of causes, like war, conflicts between gangs, drug smuggling or child trafficking, among others. When the situation becomes unsustainable, they flee with their families to safer places, which means they stop going to school”.

Educo works to ensure that children displaced by these violent situations in Africa, Central America and Asia can start studying again and demands that their right to a quality education is fulfilled. According to Educo, missing school increases children’s risk of suffering from increased violence.

“It is often the case that, in humanitarian crisis situations, the right to education is considered secondary, because it is not life or death. However, inability to attend safe school has a number  of serious risks for children and could make them victims of numerous types of violence, like kidnapping, sexual abuse, trafficking, etc. Additionally, a range of studies have shown that the children themselves think that education is a priority in their lives even in emergency situations. Going back to their studies allows them to be in a safe place, get part of their lives back and deal with the trauma they have gone through, as well as giving them renewed hopes and possibilities for the future. We must take into account that the lack of educational opportunities makes it more difficult for them to break out of the cycle of poverty and uncertainty they live in”.

Since 1999, Educo has been implementing education and development projects in the marginalized urban areas of Bangladesh. Alongside core education programs, it invests in programs that focus on health, livelihood and child rights and protection of children.

In Cox’s Bazaar in the south of Bangladesh, thousands of Rohingyas live in unpleasant, overcrowded camps after a difficult journey fleeing from violence. This ethic minority group has been attacked repeatedly in the last few years in Myanmar, a country which does not recognise the rights of the Rohingya people. Most of the people who have fled the area are women and children. Educo works to provide these children with access to a minimum level of health conditions, by installing wells and latrines, among other things. But it also builds places which are adapted to and safe for children, in which they can play, share their experiences and restart their studies.

Mosharrofa, 12, shares how the conflict has impacted her education: “I am a Rohingya girl. I am studying third grade at Mukti Cox’s Bazar School. My parents supported my education when we were in Myanmar, they also encouraged me to continue my schooling here. I have a dream that I will be a doctor when I grow up and engage myself in serving others.

“But I don’t know if my dreams will ever come true being a Rohingya child. Because there aren’t any schools in the camp for studying. The schools here only support primary education till class five or six, there isn’t any way to continue education after that. If any Rohingya child wants to continue his/her education after finishing sixth or seventh grade he/she is not given the opportunity to do so.”

There are around 500,000 Rohingya children in Bangladesh in need of assistance. They lead insecure lives deprived of many basic rights. Educo is working to strengthen Community Based Child Protection System in the Rohingya camps to protect these children from danger and exploitation. But yet a lot needs to be done to keep children and thier families safe.

The west of Africa is the poorest region on the planet and one of the most affected by the so-called Sahel crisis. In the last few years in Mali and Burkina Faso, two of the countries affected by the Sahel crisis, 2000 schools have been closed leaving more than 400,000 students without their right to education. Educo’s work in both of these countries aims to try and get children displaced by violence or at risk from exclusion back into school.

In Central America gangs or “maras” are involved in extorsion, narcotrafficking, people smuggling and other similar activities, generating violent situations in the whole area. Educo carries out projects in Nicaragua and El Salvador to prevent children and young people from leaving their countries in an irregular way to go to Mexico and the United States. Among other actions, the NGO works to raise awareness about the risks that emigrating irregularly involves. It also facilitates a return to their studies for young people so that they can access employment or be able to set up a company in their own country. It also carries out a number of different programs to prevent violence in schools and communities.

While more and more is being done to make education affordable and accessible to all, majority of these displaced children remain out of reach. If we really are sincere about delivering on the Sustainable Development Goals we have to work on including them. Only then can we achieve #EquityinEducation.