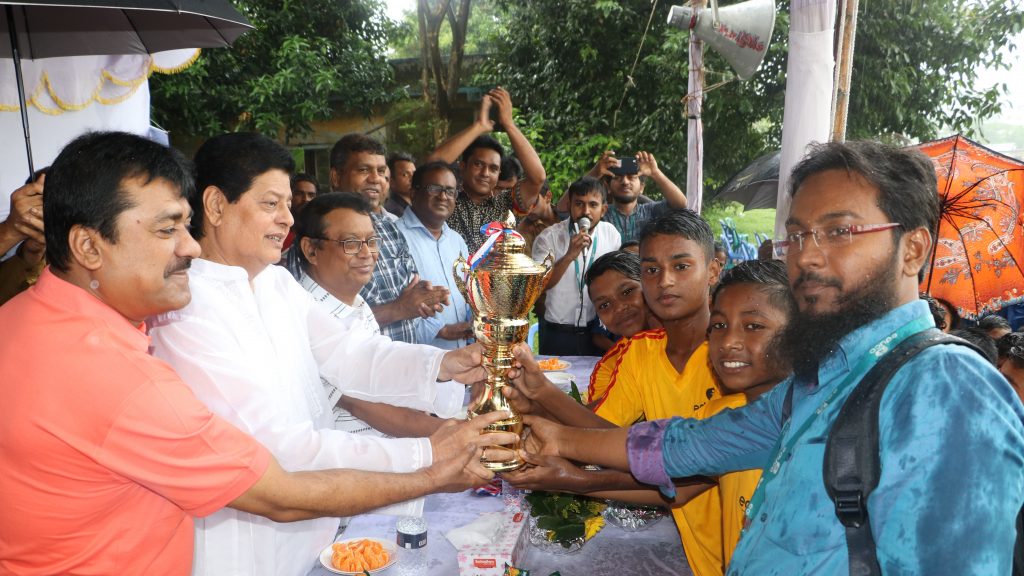 The tournament took place for a period of over two months where a total of 19 teams battled for the much coveted titles. The competition had two categories: Educo primary schools competed in the primary level while the teams consisting of Educo alumni were part of the secondary level. After almost a dozen matches four final teams were selected for today’s deciders. The players from the finalist teams each received a medal while the winning teams were crowned with trophies.

In his speech Akbar Hossain Pathan praised Educo for taking the initiative for organizing such a competitive event. Narrating Bangabandhu Sheikh Mujibur Rahman’s playful childhood he said, “Our father of the nation was a football player like you all, and one day I expect you to see as the iconic leaders of our nation”.

Johny M Sarker thanked the players for displaying such great contest. “Sports are essential for children’s personality development and we at Educo want to ensure that children focus on extracurricular activities as well as their classroom activities”, he said.

As an integral part of children’s development Educo emphasizes on sports and recreation in its schools alongside quality education. This tournament is part of that endeavor to facilitate the students’ physical and mental growth.